At the annual European PARERE meeting on 17th February, Martin Paparella from Medical University Innsbruck and Birgit Mertens from Sciensano  introduced the ALTERNATIVE project and specifically the activities related to regulatory uptake.

The PARERE network consists of European national regulators. It provides EURL ECVAM, the European Reference Laboratory of the European Center for the Validation of Alternative Methods, with input on the potential regulatory relevance of non-animal methods and approaches. The network meets yearly to exchange ideas and information on specific questions of EURL ECVAM as well as to discuss national and international developments.

The two ALTERNATIVE representatives told the European PARERE network members that the ALTERNATIVE consortium aims to further consult them for specific regulatory questions during and after the project. Overall, the meeting participants showed considerable interest in the project and offered support for the planned interaction. At other sessions of the meeting, PARERE members highlighted the lack of data requirements and appropriate testing methods for cardiotoxicity.

Already before the meeting, ALTERNATIVE had established a link with PARERE members on European level – EURL ECVAM as well as the European Food Safety Agency (EFSA) are both represented in the scientific advisory board of ALTERNATIVE.

In December 2021, a first workshop was held with the Belgian and Austrian PARERE network for a first discussion of regulatory needs in the field of cardiotoxicity.

We're not around right now. But you can send us an email and we'll get back to you, asap. 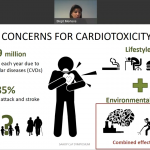 ALTERNATIVE presentation on AOPs for cardiotoxicity at 1st SAAOP SymposiumNews 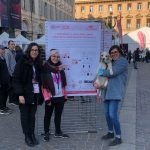